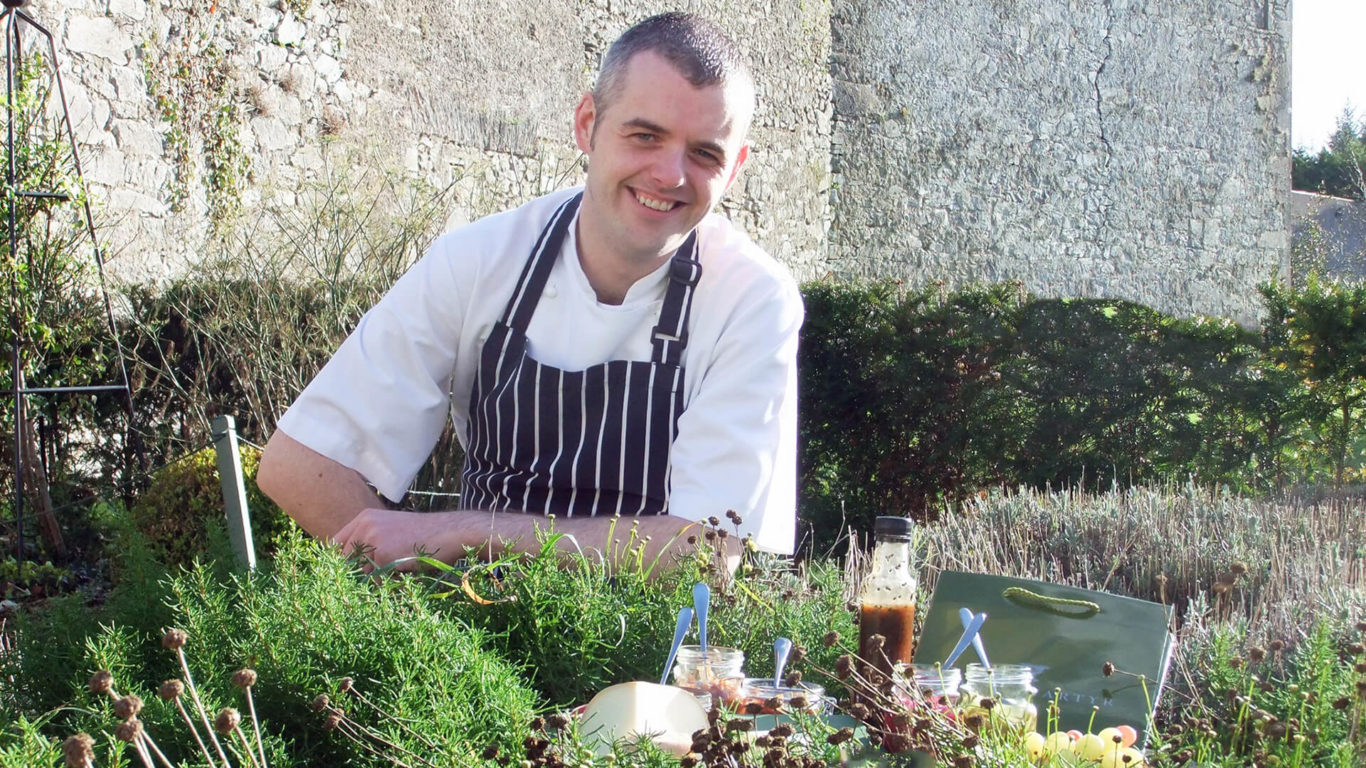 ‘The Kitchen at Castlemartyr

Castlemartyr Resort Boasts A Number Of Fine Restaurants, All Set Within The Stunning East Cork Countryside, All Overseen By Our Executive Chef, Kevin Burke

Castlemartyr’s Executive Chef, Kevin Burke, and his brigade of 20 chefs, prepare almost 100,000 plates a year. Originally hailing from Bandon in Cork, Kevin returned home in 2009 from London where he spent four years working for Michelin starred restaurant, Foliage, in The Mandarin Oriental. He was promoted to the role of Head Chef at Castlemartyr from the position of Senior Sous Chef, which he’s held at the hotel since February 2009.

Kevin is inspired by simple, honest food that draws influence from its local surroundings. Where possible, his menus will reflect local and in-season ingredients drawn from the wonderful and bountiful supply of fresh local food in East Cork, a region renowned for its exceptional quality of food and drink.

Kevin is responsible for bringing his own unique style to the spectacular venue, which is fast becoming famous for its top-quality food that offers a fresh and inventive twist to traditional Irish fare. Kevin also oversees the kitchens at The Clubhouse, a stylish and informal bistro dining experience located in the Golf Club.

Prior to joining Castlemartyr, Kevin held a number of key positions in award-winning kitchens in London including the celebrated French restaurant, 1 Lombard Street and the Michelin Star restaurant, Foliage at the Mandarin Oriental Hotel, Knightsbridge. His career began in Ireland where he worked in the kitchens of Dromoland Castle Hotel & Country Estate. "At Castlemartyr we are fortunate to have a wealth of fabulous local ingredients on our doorstep. My food aims to embody a sense of place, and as Castlemartyr is located in one of the best food regions in the world, I’ll never be short on inspiration."